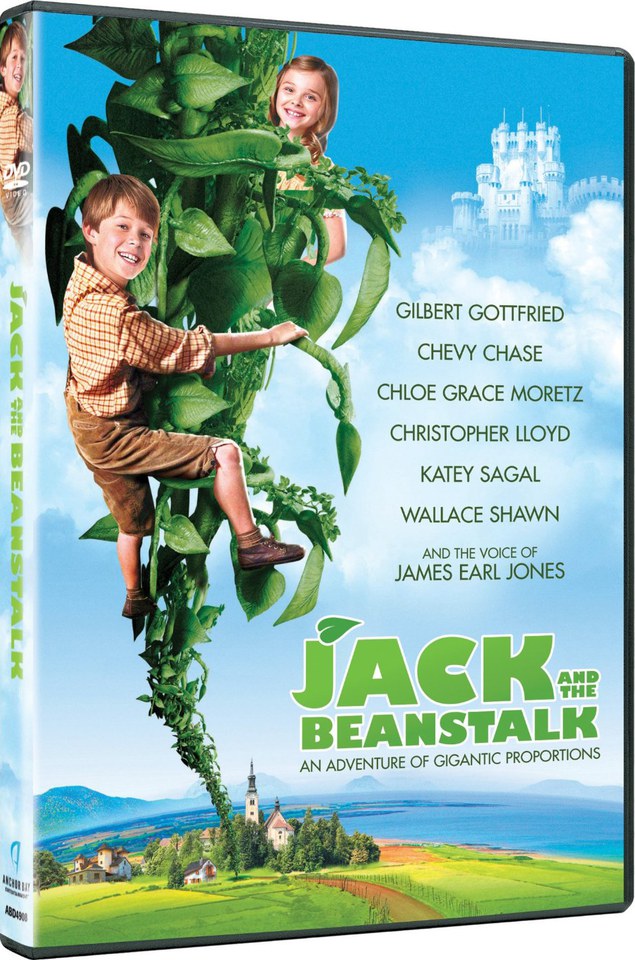 After Ever After Movie Review

We think this movie stands out for:

A lot or a little?

The parents' guide to what's in this movie.

The movie is intended to entertain rather than educate, but it may inspire kids to seek out other fairy tales.

Friendship, teamwork, and treating people different to you with respect. Courage and perseverance are also commonly displayed.

Characters are complex and rounded. The Giant wakes up with amnesia and Jack lies to him that they were friends to save himself. Jack also hides the items he stole from the giant. But Jack does ultimately help the Giant, hiding him from the villagers and the bloodthirsty Woman With No Name giant-killer. Jack's mom, Pat, is hard on him but softens and shows pride in Jack. Giants and people learn to overcome their prejudice toward each other. The cast is inclusive and diverse with both Jack and Pat played by Black actors.

A scary, eye-patch wearing villain fires their false eye at people with a catapult and behaves in a threatening way. Three people are tied to a stake to be burned. The fire is lit but they escape last-minute. Lots of talk about killing giants and eating people. Villagers form an angry mob to kill the Giant. Dead pigs seen hanging up at a meat shop.

Stay up to date on new reviews.

Get full reviews, ratings, and advice delivered weekly to your inbox.

There aren't any reviews yet. Be the first to review this title.

There aren't any reviews yet. Be the first to review this title.

JACK AND THE BEANSTALK: AFTER EVER AFTER picks up the story from the classic fairy tale where Jack cut down the beanstalk, defeating the Giant in the process. It's revealed that rather than being killed, the Giant (David Walliams) was in fact only knocked out. Jack (Eddie Karanja) and the Giant become friends and together must avoid a legendary giant slayer as they try to return the Giant home.

Is it any good?

Actor and children's book author David Walliams delivers Jack and the Beanstalk: After Ever After -- a kind of re-imagined sequel to the classic fairy tale -- with cheeky energy and enthusiasm. Walliams wrote the story and stars as narrator and the Giant, so gets to revel in the slapstick, dark touches, and potty humor that makes this story a joy for kids who lean toward both fart jokes and menacing villains. Though in this story, rather than the villain of the piece being the Giant, it is a giant-killer called the Woman With No Name (Sheridan Smith), who has an uncompromising edge.

The movie successfully tackles some big themes in its short run time, too. Jack's complex dilemma of keeping his lie from the Giant when he becomes his true friend looms large over the action. Our sympathies are instantly with the Giant when the Woman With No Name turns up too, creating a nice shift from the original tale. The film's underlying message is one of inclusiveness, and how we should all try to get along, no matter our differences or backgrounds. It's a message it delivers triumphantly. Clearly a 2020 production, the topical mention of a "lockdown" and a socially-distanced cast might date it. But as a bolt-on to a timeless story, it's a fun, spiky, and cheeky "what if?" tale with its heart in the right place.

Talk to your kids about ...

Common Sense Media's unbiased ratings are created by expert reviewers and aren't influenced by the product's creators or by any of our funders, affiliates, or partners.

See how we rate